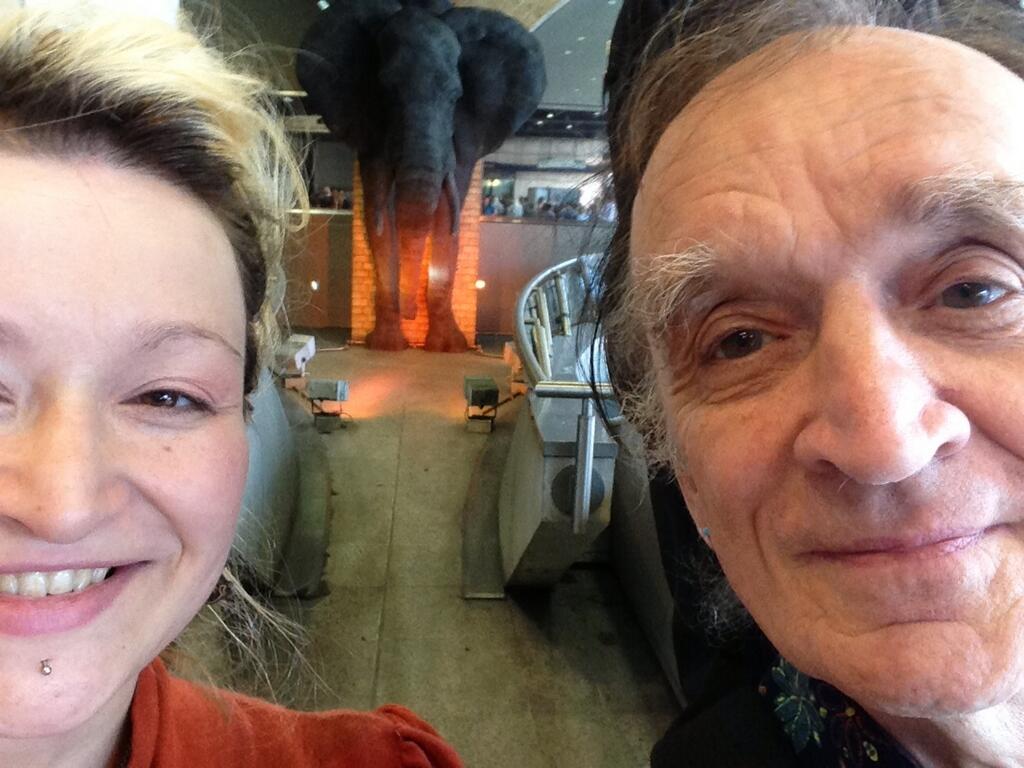 (South Bank gig, so not much chance of videos – so here’s a photo of Martin and Eliza with an elephant)

Because it’s Martin and Eliza Carthy. And I see them play whenever I can.

Oh, and they’ve just released their first album together. I mean, sure they’ve obviously played on loads of albums together before – but this is the first one that has been credited to just the two of them.

Nope. Not that kind of gig. But you get two sessions from Martin and Eliza.

Martin and Eliza take the stage to massive applause. Martin plugs in his guitar and Eliza picks up one of the two violins hanging on her stand. They then spend the rest of the evening giving an object lesson in how to present a great night of folk music.

Early in the first half they introduce a special guest, Sheema Mukherjee on sitar, and the show becomes a bit of an Imagined Village reunion. We get “John Barleycorn” and “Hard Times of England” from The Imagined Village and “My Son John” from Empire and Love – two of my favourite albums from recent years.

Later, they start playing songs from the new album – The Moral of the Elephant. The single from  the album is called “Happiness” and it’s written by Nick Drake’s mother, Molly. As they start playing it, Eliza promises a surprise. This turns out to be Molly’s daughter, Gabrielle Drake, who reads one of Molly’s poems in the middle of the song. This makes an old UFO fan very happy.

The second half is also very Elephant-heavy. It’s a good album, but I wish they had mixed the set up a little more.

Any show with a Carthy in it is a good show. And two Carthys more than doubles the enjoyment.